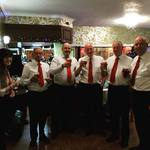 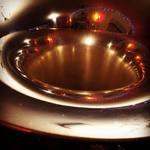 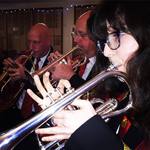 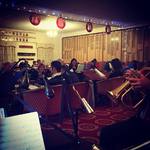 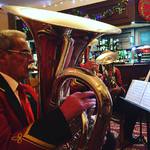 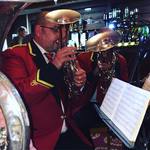 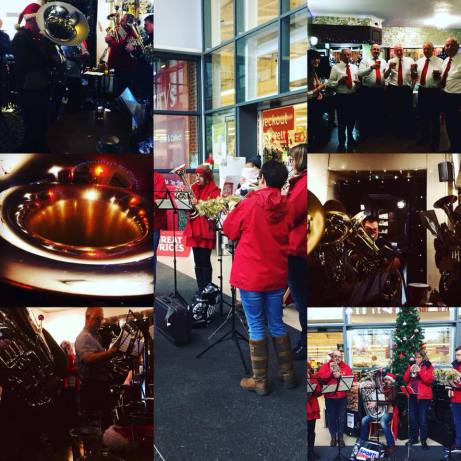 As in previous years, the band spent many hours playing around the local area in small groups at village halls, high streets, supermarkets and even Motorway Services!  Thank you to everyone who supported us during this year's campaign, the local public have done us proud with their generosity!

Our own Christmas concert took place on Saturday 9th and was packed full of seasonal music from traditional carols to 'All I Want for Christmas is You'.  The band were joined by the training band who, expertly directed by Sarah Colyer, played a short programme of their own before joining the main band to play carols. 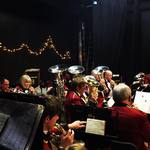 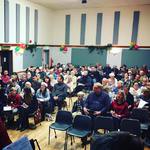 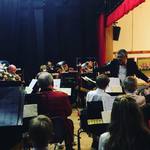 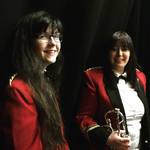 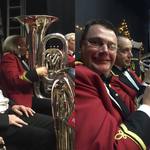 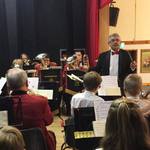 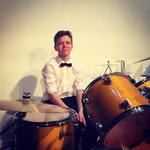 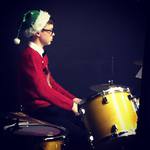 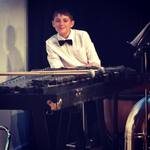 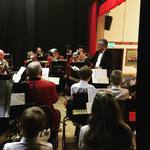 On Wednesday 6th the band played at a charity concert for Chipping Sodbury Lions in a joint performance with the Yate Choral Society.  The concert is an annual event that takes place in Chipping Sodbury Town Hall and is always a great way to get everyone into the Christmas spirit!

Congratulations to our fantastic percussionist Sam Iles who has passed his Grade 8 Kit Percussion exam with distinction.

On Sunday 19th the band took part in the GBBA Contest held at All Saints Academy in Cheltenham.  The band chose to play the George Allan march 'Knight Templar', followed by the classic test piece 'Journey into Freedom' by Eric Ball.

We are delighted to announce that we were awarded first prize for the march and our congratulations go to Forest of Dean Brass who beat us into second place for the test piece.

Sunday 12th was a busy day for the band, playing for the remembrance parades in Wotton in the morning and in Dursley in the afternoon.  The last post in Wotton was expertly sounded by our solo cornet player, Stephen McDonald in what is unfortunately one of his last performances with the band before he moves to Warwickshire.  We wish Stephen & Rebecca all the very best in their new home. 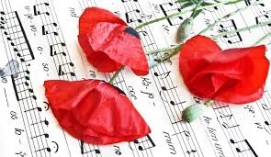 Highlights of the evening included cornet solo 'Be thou my Vision' from Bruce Davies and the haunting hymn 'Sunset' featuring Will Jones along with Bruce. 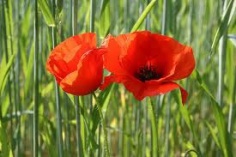 On Saturday 21st the band once again took part in the very popular Poppy Proms organised by the Dursley and Stinchcombe Royal British Legion.

Joining the band in concert were the Dursley Male Voice Choir and the Gloucester Ukulele Band. 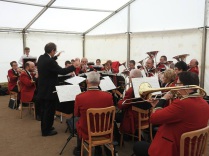 On Sunday 10th the band played a concert for the Synwell Playing Fields Association.

Thanks go to our Musical Director for the day, Bass Trombone player David Lawrence and also to our friend Dave Tutty who helped us out for the day on Bb Bass.  Thank you Davids! 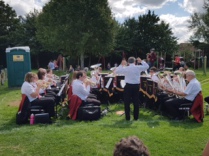 On Saturday 2nd the band performed in the September sunshine at the Kingswood Village Fete. The programme included solo items from Ken Stout on Flugel, Ian Brown on Horn and Alan Bruton on Euphonium.

Our special thanks go to our helpers, Tom & Ian who stepped in to cover for a couple of our cornet players who were otherwise engaged in Durham! 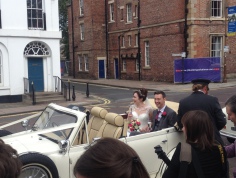 Our congratulations go to Solo Cornet player Stephen McDonald who married Rebecca in Durham on Saturday 2nd with their reception at Durham Castle.  Stephen and Rebecca got to know each other through Durham Miners Association Brass Band who entertained the guests at the reception.

Sadly for Wotton Band, they are moving to Coventry imminently, where they plan to continue banding. 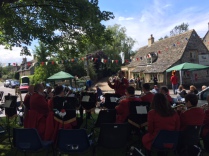 On Saturday 5th we played at the Cold Aston Village Fayre.  As always, the village made us extremely welcome, supplied us with lovely cakes, and even arranged for a break in the stormy weather just in time for our performance! 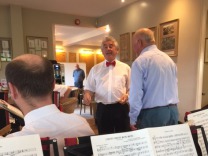 On Saturday 15th, the band played at the Cotswold Hills Golf Club Captain's Evening.  Our thanks go to the Club who all made us feel extremely welcome, even providing us with a guest conductor at one point!

On Sunday 9th members of the band supported the Cotswold Brass Festival Team, helping to run workshops for brass players of all ages and abilities.  The day ended with a short concert where all the participants performed what they learnt during the day, alongside the band and guest soloists.

Saturday 8th was an extremely busy day for the band, beginning with a parade that set out from Kingswood Abbey (the original headquarters of the band when it was established in 1894).  A small group from the band led the parade to the Kingswood playing field to commemorate the 100th anniversary of Kingswood Primary School.  (Huge thanks go to our baritone player Sarah, who stepped in to play bass drum for us on the parade!)

The band then played along with Wotton Training Band at the St Mary's Church Fete in Wotton, before members joined the Cotswold Brass Festival activities taking place at the British School. 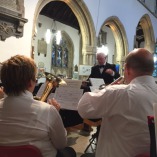 On Thursday 22nd the band played a concert at St James' Church as part of the Dursley Arts Festival programme.

The light entertaining programme included solos 'Be Thou My Vision' from Bruce Davies on Cornet, 'Concerto de Aranjuez' from Ken Stout on Flugel, 'If' from Ian Brown on Tenor Horn and 'Watching the Wheat' from Alan Bruton on Euphonium.

In Ian Dickinson's absence, our musical director for the night was our good friend and wonderful musician, Mr WD Thomas.  Thanks to Dave from all of us for all his help and a great performance! 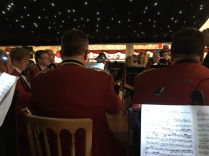 On Sunday 11th the band played once again at the Stinchcombe Proms fundraising event that takes place in the Beer Festival marquee at Stinchcombe Rugby Club.

As usual, the evening was compared by Terry Pascoe and the band were joined by singer Ann Martin in performances of 'Annie's Song' and a rousing version of 'Big Spender'.  The performance closed with all the traditional 'Last Night of the Proms' favourites.

On Saturday 20th the band returned to play at the lovely bandstand in Keynsham Memorial Gardens.  The band performed a full programme despite having to stop for a few rain breaks!  Our thanks go out to the small but enthusiastic audience who braved the shocking weather! 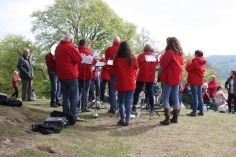 On the first Sunday in May the band climbed to the top of Wotton Hill to carry on its age old tradition of playing on the hill to welcome in the summer.  It was a lovely morning and it was really lovely to see such a large number of people who had walked up to listen to the band.

Our thanks as always go to the band's friend, and Wotton Arts Festival organiser, Gordon Phillips who, as usual, was our Musical Director for the morning.

Thanks also to David Hinder for the lovely photos (1 shown here and others available to see on our photos page). 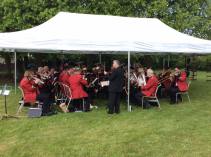 On Monday 1st the band played its first outdoor concert of the summer season at Tytherington Village Fete which, despite a few rainy and thundery moments, was really busy and well-attended. 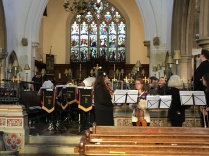 Our first public concert of 2017 took place at St Mary's Church on Saturday 22nd as part of the Wotton Arts Festival.

This year's concert featured the band along with players from Guildhall School of Music and Drama and the Royal Welsh College of Music in period music ensemble 'Sackbut Frenzy', directed by Emily White.

The concert was a rousing celebration of music through the ages.

On Saturday 11th the band took part in the West of England Brass Band Championships in Torquay, competing in the First Section following our promotion from the Second Section two years ago.

We were pleased with our performance of 'The Land of the Long White Cloud', and delighted to be awarded 6th place!

Well done to everyone involved for all the hard work over the last couple of months!

February sees us hard at work preparing for the West of England Brass Band Championships in Torquay next month.   This year's test piece is THE LAND OF THE LONG WHITE CLOUD - Aotearoa by Philip Sparke:
Dating from 1979, The Land of the Long White Cloud was Philip Sparke's first test piece; it was commissioned by the New Zealand Brass Band Association for their 1980 National Championships (their centenary year) and set for the European Brass Band Championships, held, that year, at the Royal Albert Hall in London.
Aoteama was the name given to New Zealand by its Polynesian settlers whose first sight of the islands was a long, flat cloud lying low over the land.
The work has no speciﬁc programme although many have seen pictures of the surging ocean in the opening bars. A faster dance-like section leads to a slow, haunting solo for soprano comet; this is taken up by the whole band before earlier material returns.  The dance-like tune is, this time, given a fugal treatment and the opening bars return to close the work. 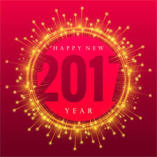 January is a quieter month for us at the band, which allows us to begin our preparations for our performance in the West of England Brass Band Championships 1st Section in Torquay in March.  We also have a few early concerts to prepare for, so we certainly won't be resting!

We will also be supporting the Cotswold Edge Brass Mini-Fest on 5th February at Rednock School in Dursley aimed at encouraging young musicians in Gloucesteshire to join local groups.